Chris and his Brookswood buddies Jesse, Dylan, Marshall took to the water for the inaugural season of the Brookswood Rowing Cl

ub last year.  They really wanted to be in the same boat (so to speak!), but that was not to be.  The teams were mixed and they made some new friends. Even though they didn’t get to race together, they stuck with it through the season and these are some pics from their regatta in Bedford Channel at Ft. Langley.

Being The Best is not about winning everything or having everything turn out the way you thought it would.  Not even close.  It’s about trying new things.  Wanna hear a secret?  My good friend Mark Wardell once had a private meeting with Jimmy Pattison…yes, THE Jimmy Pattison, 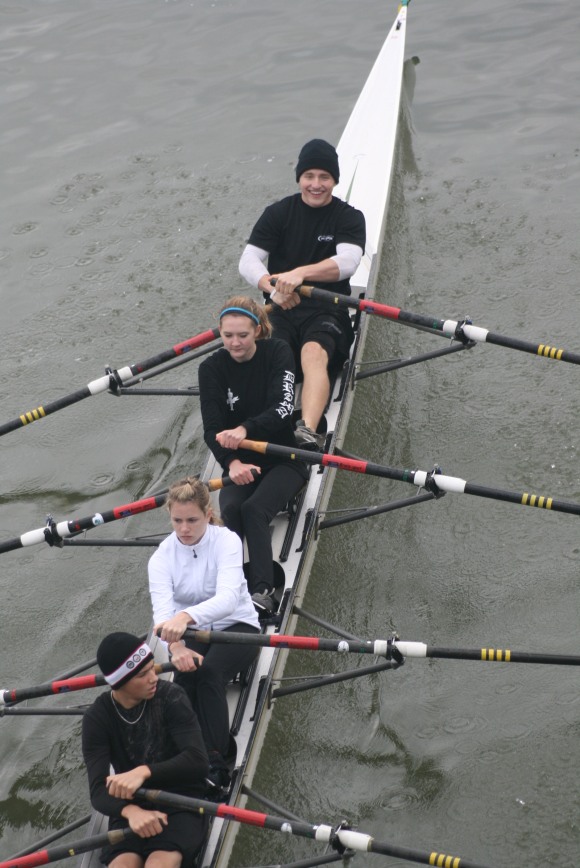 a BC icon and billionaire many times over.  Mark asked him what THE secret of success was.  You know the answer?  Be prepared to lose and lose big.  Interesting.  The secret of success is calculated risk and trying new things where the outcome is uncertain.  ie, Trying out for the rowing team and not winning every race, trying out for the basketball team and being cut, trying something new at work and risking failure but pushing boundaries.

Being The Best is about trying new things whether you ‘win’ or not.  This is as much a challenge to me as anyone else.  Be The Best.  I want to try at least one new thing in 2010.  I’m not sure what yet, but I promise to blog about it..!

Joining the row team to meet girls and get huge back muscles hahaha..

Now here is a very honest comment from one of Chris’ good buds. Girls, you have been made aware…!