The Midget National Tournament (BOX LACROSSE) is being held this week in Coquitlam, BC.

We saw BC take on Iroquois on Tuesday afternoon.

Although they lost that game, they still have a good chance at getting after some hardware.

If you want to see some of the best players in Canada at the Midget (age 15/16) level, you can watch four of the best go at it tomorrow (Thursday) on Poirier Street.

Coquitlam has just rebuilt this facility and it’s a great place to catch a game.

Iroquois takes on Alberta at 3pm and then BC plays Ontario at 5pm.  Full schedule here.

Aside from lacrosse, what is the personal connection you ask?

Chris played at the National Bantam tournie in Ontario in the Summer of 2007 with BC winning a bronze medal in a tough show down vs Alberta.  We loved watching the Iroquois play as well and they eventually beat Ontario for gold that summer.

As one Iroquois supporter told me in that very calculated vocal pacing after a disallowed goal back in 2007 against the much bigger and favoured Ontario squad, “You’ve got to score 3 to count 1”.

Sometimes that’s true…sometimes that is true.  The point is to NEVER give up.  They didn’t and they won gold. 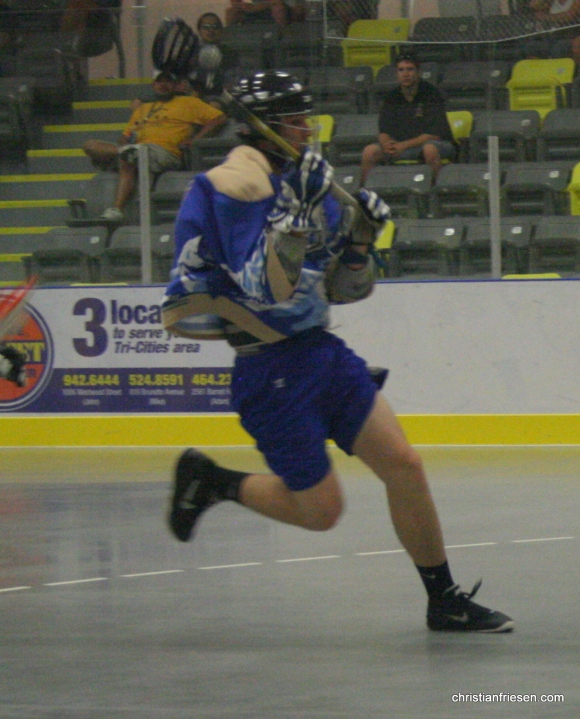 James Rahe breaks in on net.